In football, strong safety is one of the most athletic players. He must be capable of handling all the solid jobs against the run.

Usually, strong safeties split their duties between breaking up passes and crushing the run.

Therefore strong safeties must be excellent at pass coverage as a cornerback. Also, they should be capable of tackling like a linebacker.

What Does a Strong Safety Do in Football? 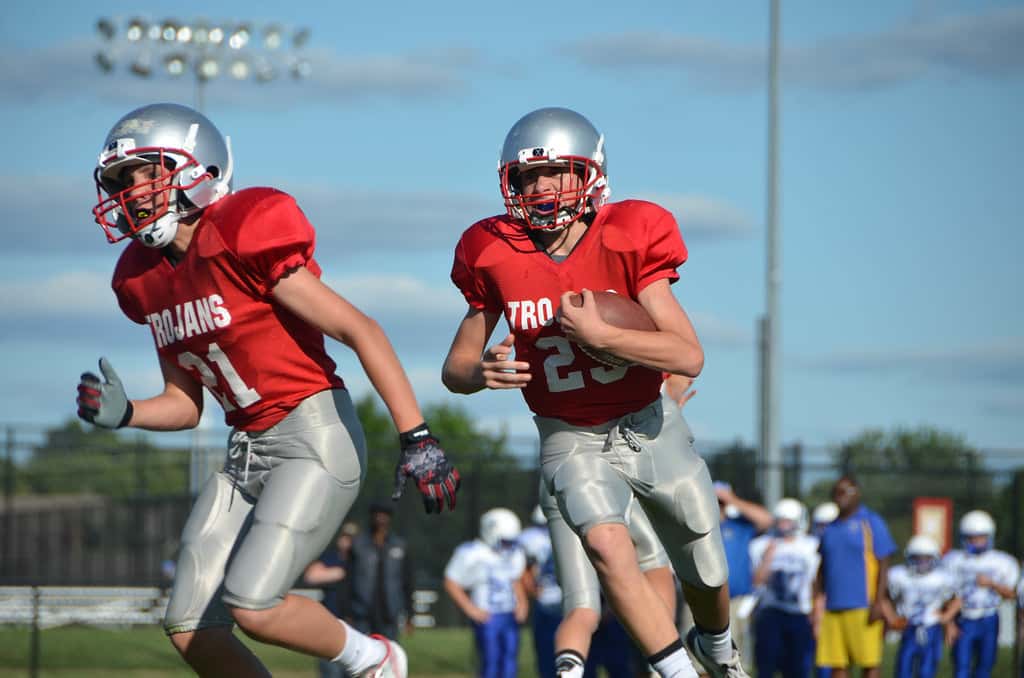 The main job of strong safety is to stop the run if there will be a run.

He also drops in pass coverage if there will be a pass. Strong safeties are mainly assigned to cover the strong side of the offense.

They play closer to the line than the free safety and help to stop the run.

Usually, the strong safeties are larger and stronger than the free safety. As he is assigned to the strong side, he must be strong. He tends to play closer to the line and assist to stop the run.

Also, the strong safety is responsible for covering a player as the halfback, fullback, or a running back. So, strong safeties have a lot of duties to do in the field.

Therefore, presently in football, strong safeties are very important. The player has to go through considerable changes based on the new styles and evolutions that the team or coach implies in the game.

Strong safety usually lines up on the strong side where most linemen are positioned.

If there is an equal amount of lineman, the strong safeties line up across the side that is tight end.

They shut down in the passing game. To perform all the responsibilities, a strong safety must have excellent tackling ability.

They make tackles on every kind of offensive player like running backs, tight ends, wide receivers, and quarterbacks.

What Makes a Good Strong Safety? 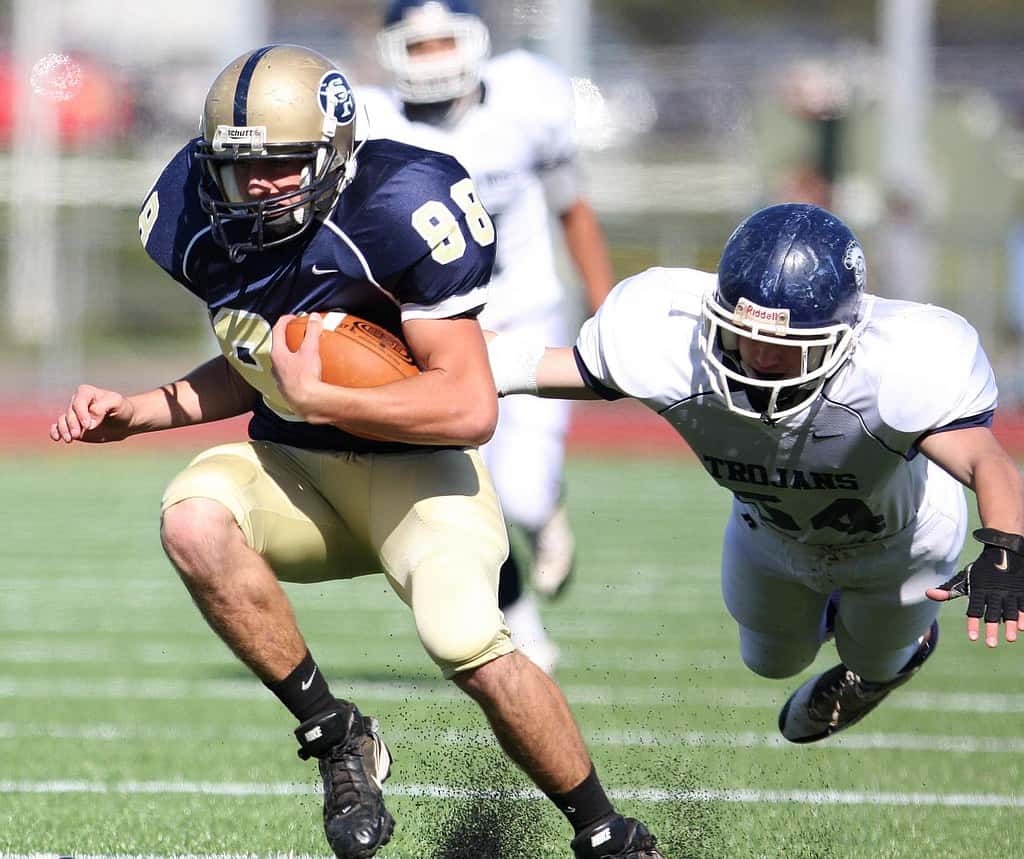 By adopting all these skills, surely one can be a good strong safety.

The position of a strong safety is in the middle of the field or on the strong side of the formation. These defenders are positioned close to the line of scrimmage.

They are involved in putting a halt to the run and guarding the tight end on passing plays. If someone wants to play strong safety, that person needs to be built completely out of the muscle.

To play the position of strong safety, you need to get in a bigger size. Such a shape will help you to cover tight ends and running backs perfectly.

Therefore, you must be a physical big hitter. However, always make sure not to lead with your head while you are tackling.

Apart from these basic skills, there are some other tactics that you need to adopt to be a good strong safety.

Another tactic is to study opposing quarterbacks to play as a good strong safety in the field. Therefore, you need to study all the formations, releases, splits, and route combos.

By studying these habits, you will get a lot of clues on what the offense is going to do before and after the snap.

Most of the young safeties think that working on tackling is very easy. But as a strong safety, there are various types of tackles that they have to make in the field.

Related: What is an A Back in Football? 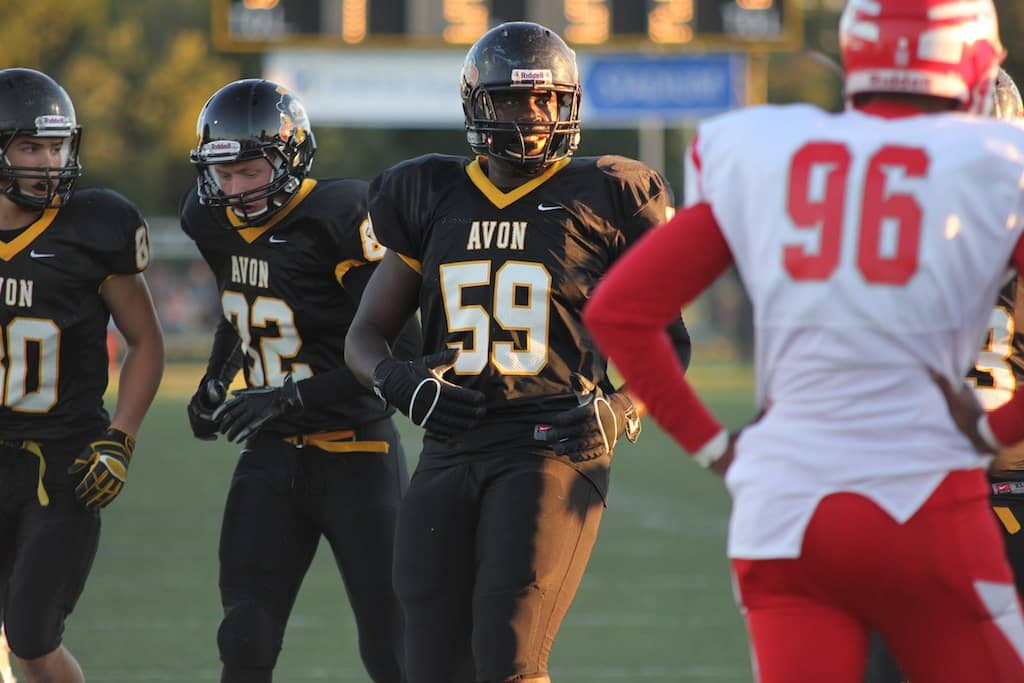 The size and height of a strong safety vary according to the team’s requirements. But the common rule of thumb is that the strong safety should be 6’0” and heavier than 200 lbs.

What is the difference between Free Safety and Strong Safety?

Strong safety plays the role of a secondary Linebacker almost. He should have decent pass coverage skills.

But most of the time strong safety reads the defense and offers a support role to defend against the run. Usually, he is stronger than the free safety and a bit weak in coverage.

Free safeties play the role of a center fielder almost. He reads the defense and offers to help in coverage. They must have good play recognition skills.

It lets them read the receivers’ route and the quarterback’s progressions to break up the play.

Usually strong safety and free safety differ from each other in the terms of responsibilities on defense, positioning, and body structure. Strong safeties are usually slightly larger.

They are slightly smaller and they focus to stop deep passes from being completed. Apart from these, here we will discuss the differences between strong safety and free safety from some perspectives.

Usually, strong safeties are known as the larger one of the two safeties. They are more responsive to stopping the run. Free safeties, on the other hand, are mainly responsible for passing coverage.

Usually, they line up on the strong side of the formation. But nowadays both safeties have to fulfill this responsibility as tight ends have become almost similar to the wide receivers.

Normally strong safeties are played against the run as they get lined up on the strong side of the football. The strong side is determined where more players will be positioned.

So, the tight end will be on the right side of the line and it will be considered the strong side.

The build is one of the most significant differences in these two safety positions. Strong safety used to be bigger than free safety. Strong safety goes back to his run defense duties and tends to play more in the box.

Also, in some cases, you can see that strong safeties are bigger hitters than free safeties.

Greatest Strong Safeties of All Time in NFL?

Some greatest strong safeties of all time in the NFL are;

Overall we can say that strong safeties have a significant role in the entire game. Hopefully, by reading the above information now you know what strong safety does in football.

And, due to the increasing number of passes, this role of safeties has become more significant. Similarly, as the other players of the team, strong safeties also give their best in this team play.